After a long time(work), I proudly present you the first prototype of the Additions dialog. For 3 weeks I have been dealing with both the extension manager’s code and the connection of UI components to the project. In addition, I worked for the API, which will serve as a bridge between the site where the extensions are hosted and the project. For example, I prepared a sample API response and define parameters which is essential part to call GET request. This time was so instructie. I will share what I learned during this time as soon as possible. I would like to thank my mentor who helped me, especially when I could not make progress due to the things I did not know about the project.

You can easily access the patch, which contains all the work I’ve done so far, from here 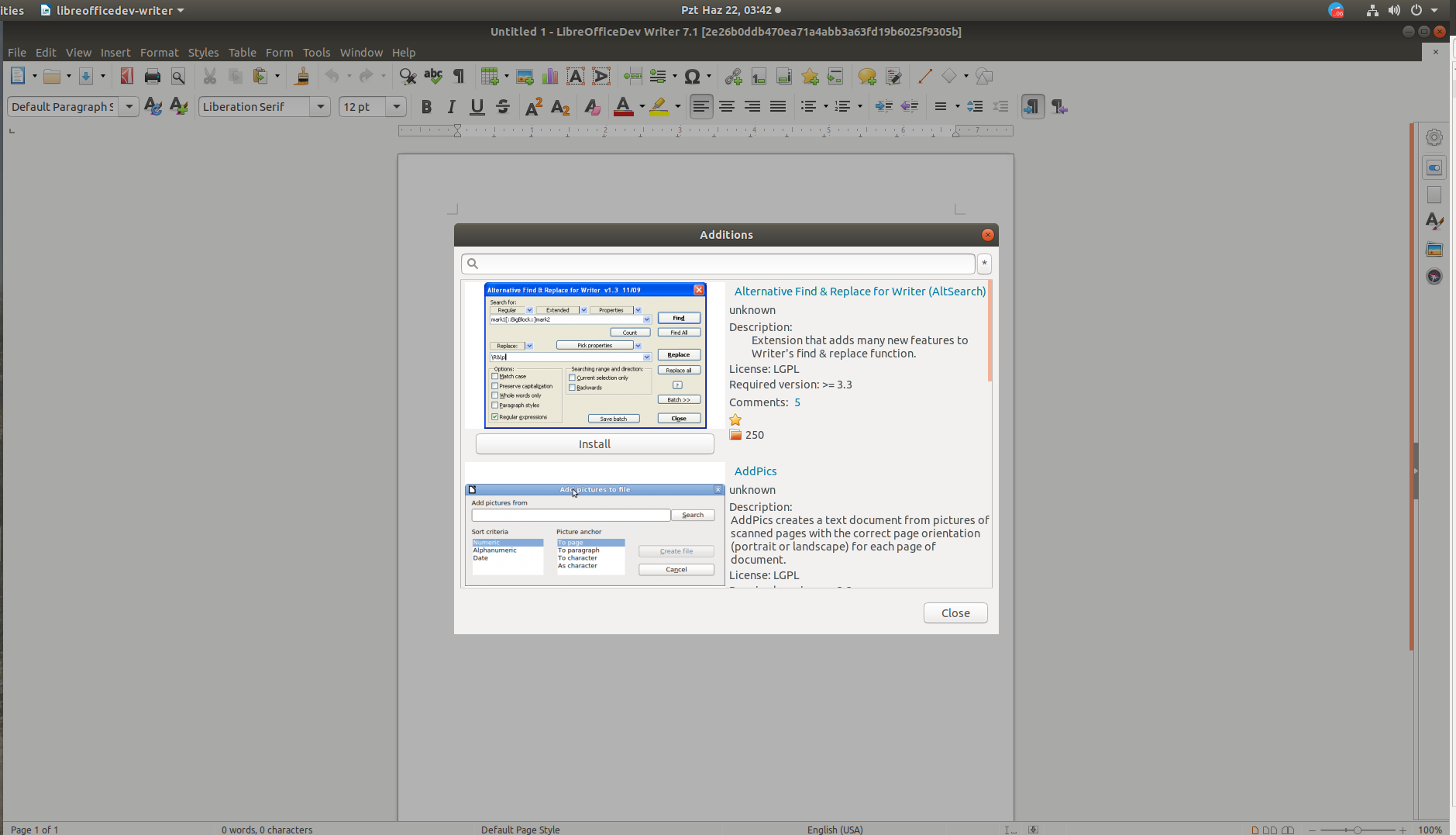